During the year 1599 Shakespeare was to bring forth two high comedies, Much Ado About Nothing and As You Like It, the last of his plays dedicated to English sovereigns, Henry V, and a roman play, Julius Caesar, while probably preparing Hamlet. Though the shortest of them all and considered simple and straightforward enough so as to be chosen a typical high school reading, Julius Caesar gives rise to a series of questions that cannot easily be answered. These range from trying to decide who the true hero of the play is, Brutus or Julius Caesar, to whether the hero is a tragic one in the classic sense or not, in what way Shakespeare followed suit or fruitfully betrayed his sources, how to make a historically contextualized reading of the play in order to draw the supposedly many parallels between Rome and Elizabethan England, or the making of a comparative reading between Julius Caesar and Hamlet, as both portray the story of a victim and its killer. Furthermore, as H. Bloom points out, Brutus is difficult to characterize. In fact, his ambiguity is such that some critics have considered it to be the real theme of the play, while others have said that it is “a play about a problem: the difficulty – perhaps the impossibility – of knowing the truth of men and of history”[1]

The aim of this paper is to offer possible answers from the starting point of Shakespeare’s sources. The process is as follows: by analyzing what Shakespeare probably took to be the true facts of the real characters depicted in the play, according to his sources, and then considering how and why he adapted this “truth” to his own interests, we might reach the core of the play. At the same time I will draw parallel lines with what I consider to be a key issue to the understanding of the play: the fact that the characters of Brutus and Hamlet were very closely linked in Shakespeare’s mind and intentions.

END_OF_DOCUMENT_TOKEN_TO_BE_REPLACED

"...that blessed mood,
in which the burthen of the mystery,
in which the heavy and the weary weight
of all this unintelligible world,
is lighted...
...while with an eye made quiet by the power
of harmony, and the deep power of joy,
we see into the life of things." 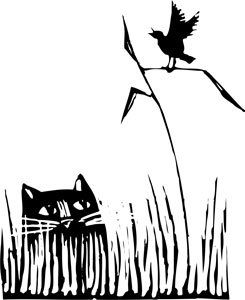